You are here: Home › Blog › The Coolest Most Amazing Author!

The Coolest Most Amazing Author! 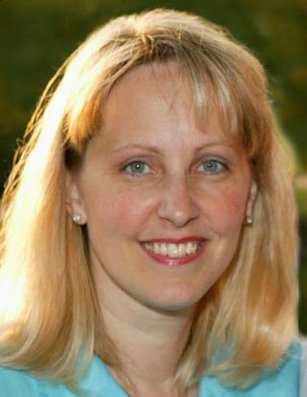 This is my amazing friend Sandra who wrote Informed Consent. You can click to buy it below. Check out Sandra’s website. Or her blog.

The following is an interview I conducted with Sandra. I think you’ll find it very interesting!
Mind if I ask you my own questions for your blog tour?
Not at all! Love it! Thanks, friend.
1. What fascinates you most by Jeremy Cramer, the main character?
Dr. Cramer sets out to do something in memory/honor of his father, and in failing he realizes he’s honored his father’s memory more than his original goal would have. I didn’t expect it to happen that way. In that sense, this character wrote his own story. I love it when characters take on such a life of their own that they start telling the author what they’ll do!

2. I know you’re passionate about the role women play in the body of Christ.How does that passion seep into Informed Consent?
The choice Jeremy ultimately has to make is an important one for anyone who’s married or has a family, and not just stay-at-home moms. Particularly within Christendom, we often hear (usually from someone on the defensive) that the choice many women make to stay at home is unpopular and uncool in the culture at large. Maybe at the height of the radical feminist movement that was true, but I never heard anybody criticize Demi Moore for walking away from Hollywood’s millions to stay home with her kids for a while. Many women in the workplace envy those who have the financial and spousal support to stay home. The either/or (female home vs. male workplace) mentality is very middle- and upper-class and historically has not been applied evenly across racial or class boundaries. (Think of Southern white families who thought the Bible taught women should not work outside the home, yet they expected their married female servants to work outside their own homes.)

Today more and more men face similar choices—maybe not so much to stay home full-time (though some do), but the choice between being away a lot for work and being very involved fathers. Before the Industrial Revolution, both women and men usually worked and both did so within the context of the home. In an agrarian society, it was and still is a partnership to raise kids and stay afloat financially.
When much of the interesting people-interaction moved with the men out to factories (e.g., international trade, people contact) the women found themselves less intellectually challenged and the men missed their families and vice versa. Not surprisingly, the divorce rate climbed as fast as it’s climbing now. At marriage conferences, we often hear about how important it is for moms to stay home and for the dads to work, but for much of history, both worked and both stayed home. When Paul wrote that he wanted women to be “workers at home,” he was not telling them to be domestic—which is the rather unfortunate translation we find in some of our Bibles. He wasn’t saying the man should go out and the woman should stay in. He was writing to an audience in which 85 percent of industry happened at home, and husbands and wives both worked together all day and raised kids together as partners. Think of Aquilla and Priscilla making tents. Or earlier in history—the woman in Proverbs 31 who is described in upper-class terms, but she still buys and sells real estate and sells belts.
In Informed Consent I don’t explore gender issues front-and-center. They just are. That is, I didn’t set out to create a story with any sort of gendered agenda. (Would that be an agender?) I just chose to make my female characters human. They are capable of directing laboratories and directing staffs that include my protagonist. Jeremy Cramer, M.D., and his journalist wife have to allow some flexibility in their careers to care for their sick son. For a season, Angie is the logical primary caregiver. But later, Jeremy’s the one who tends to Jak while Angie meets with clients. I didn’t set out to make any sort of point about women/wives/moms. But in the end, perhaps I made one without trying.
3. Have you ever been in a situation where your choices affected the well-being of someone you loved?
Yes, constantly. As a parent, the choices I make affect my child daily. Are the medicines I give her okay for her? Is my career good for her? When I travel some weekends, is she okay? Have I fed her enough veggies? Parenting could make us all neurotic if we let it. So much is at stake!

4. If you could write any genre and be amazing at it, what would it be? Allegory? Sci Fi? Children’s literature? Textbooks about earthquakes?
I would love to write espionage thrillers. I think I could have a lot of fun at it except that I know nothing of national security issues and gadgets and policies/practices.

5. What five things do you miss most about your home state (Oregon)?
People I love
Falls as colorful as a bowl of Trix
Robust cold-water rivers, even in August
Easy access to snow-covered mountains and ocean sunsets
Clam chowder from Mo’s

Missed it? You can still listen
The Buzz about Inside reNEWal