You are here: Home › Blog › I cried twice already 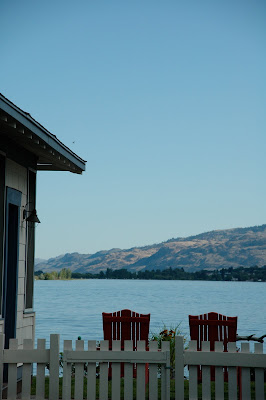 Perhaps it’s an emotional day, though I didn’t anticipate it would be when it started. I do have several friends battling awful, scary diseases, and a distant family member who has died. One friend has surgery today, something I dreamed about last night. My heart is prayerful.

But it still surprised me when I listened to National Public Radio about the devastating aftershocks of Nashville’s floods. They praised volunteer organizations, then the host said something like, “But this doesn’t begin to measure the aid provided by local churches.” A man broke in, a simple man from a nearby church. I don’t even remember what he said, exactly, but just hearing his voice made me cry. He spoke of the honor it was to help, how the church should be the first to respond. And here he was giving his life, time, skills, and heart to strangers. Selflessly.

Then I turned on the TV while I ate my 9 grain hot cereal to a show on HGTV called Holmes on Homes. It’s where this contractor (Mike Holmes) goes into folks’ houses that have significant issues. Almost always the family has been taken advantage of by unscrupulous contractors. This particular episode, the family experienced a fire, then while the “contractors” were doing everything slipshod, a grandmother and a father died. In a month’s time. They didn’t have it in them to monitor the work. And the work was bad. Raccoons scuttled through the home. And the contractors stole things from the homeowners including banking information, writing checks on their account.

When Mike Holmes put his arm on the woman’s shoulder, I lost it again. He told her he would fix what was damaged, would deal with insurance, would restore the home. He rescued her.

I resonated with both because both men represented Jesus to me. The One who didn’t have to, but chose to stoop to my life, look at the pain there, and choose to “be the church” to me. To restore what had been devastated by enemies. To create beauty from ashes. To right the wrongs. To come alongside. To weep with me, then selflessly repair my heart.

Thank You, Jesus. And thank you to the people in this world who show me Him. To those who restore and volunteer and sacrifice, know this: Your work is not in vain. It is seen by the One who sees in secret.

Jesus, as my friends suffer, help me to be one who comes alongside, who can be the church. I pray for my family that You would bring comfort. I pray for those in Nashville who are digging out of wet drywall and broken dreams. Bring healing and new life. Make me a believer in You who sacrifices, who puts others’ needs before my own. And, Jesus, it’s my prayer that those who follow after You would represent You beautifully today.