You are here: Home › Blog › Finally a moment to praise She Speaks!

Finally a moment to praise She Speaks! 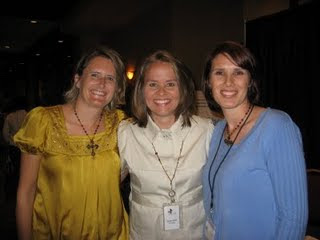 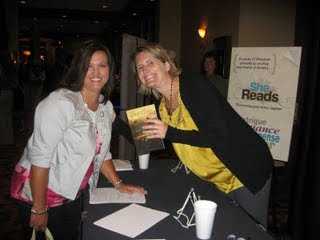 Life’s been one of those crazy merry-go-rounds lately, so I haven’t been the bloggiest girl. I hope you can forgive me!

In the past month, I spent over two weeks in Seattle, then several days in North Carolina for the She Speaks conference. And now, nutty woman that I am, I’m writing a book in a month. Please pray for me!

But I did want to pause and say a few words about She Speaks.

What a well-run, inspirational, sweet Jesusy conference. What I loved:

If you’re a SHE, consider attending She Speaks next year, but don’t falter. This year, in a recession, they turned away 200 folks. Only 600 allowed. So once it’s announced for registration, sign up. Lickety split. Where else will you find godly women? Great speaking? Deep, fun friendships? Yummy food? Laughter? Help with writing? Speaking coaching? Leadership training? Prayer?

My huge thanks to Lysa TerKeurst and her crew for welcoming me this year!